In October, the Cité de la Gastronomic completes the rebirth of the French metropolis: creative, multicultural, ecological. Here are the places and the protagonists of this transformation

It has no facade: it has a face. Two holes as big eyes, the entrance as a mouth, the metallic coating as skin. It looks like a child’s drawing. Instead it bears the signature of two archistars like Dominique Jakob and Brendan MacFarlane. And the Cube Vert, the Green cube, lying on the Saona at nothing from the point where the river reveals itself as a tributary and goes to throw itself into the Rhone, sulfa puma south of Lyon.

The exploration of a city can begin here – with the official inauguration of the grandiose project of the Cité de la Gastronomic in the ancient hospital complex of the Hotel-Dieu, on October 20th – Lyon intends to shout to the world its desire for the future and centrality. Gathering the fruits of a process of renewal and ideas now began over twenty years ago. Also because, in many ways, everything started here in the Confluence neighborhood.

Power of architecture, of geography. Of history, which here had relegated what the city could not keep in the center: warehouses, factories, general markets, gas pipelines, prisons. And the river port where until 1997 spices and sugar, Camargue salt and coal were still unloaded. Strange to be back now, after hearing about this place for years as a no-man’s land, a network of shabby warehouses and hangars and a gathering of outcasts and drug dealers. The shadowy side, in short, of a beautiful ville francaise accustomed, elsewhere, too well. In Vieux-Lyon, a Renaissance district that is so photogenic that it deserves Unesco protection. In the Presquyile, elegant and consumerist, between Place des Terreaux and Place des Jacobins. Even at Parte-Dieui with its small Manhattan financial air that beyond the Alps, apart from Paris, no one can show off.

But time knows how to be full of surprises. Today the Confluence is one of the largest construction sites in Europe, the arena where the most famous architects on the planet seem to challenge each other, the new navel of a Lyon that sought a visionary idea has found it: extend the city center to here , overcoming the fracture caused by the gigantic Perrache station, a physical barrier between the city and its southern area. The result is a lesson in urban metamorphosis.

Here is the Cube Vert, in fact, inaugurated in 2015 and today headquarters of the Euronews television channel. A few meters away, the Orange Cube, a fluorescent orange cube from 2011, another container of businesses and companies. And in the middle are the Sucrière, a sugar factory from the 1930s lent to the Biennale of contemporary art, customs and storage warehouses where free radio stations, art galleries and web companies were found. To connect the whole Navly, electric and driverless shuttle bus that goes up and down the area.

SPACESHIPS AND MONOLITHS. Totemic. Le Musée des Confluences gravitates from 2014 to the tip of the city like a spaceship, with its imposing glass and aluminum mass. On trouble Antoine Riboud the building, with its facade covered with photovoltaic panels, consumes less energy than it produces Inside, temporary and permanent exhibitions to answer the big questions: who are we, where are we from, where are we going? A stone’s throw away, the Monolithe is a puzzle of five buildings signed in 2010 by as many architects, true icons of this new sustainable citadel that guides the European Smarter Together program, with Munich and Vienna. “Everything that was once there is something else. Or it is becoming one” explains Pietre Joutard, general manager of the spl, a company that manages the major Confluence projects. We arrive by inertia into the Halle Girard, another monument of industrial archeology just reborn as 1117, a modern incubator for startups and entrepreneurs. This was announced by a food market made of containers where young chefs in search of visibility perform in rotation. Just like, a short distance away, in the Commune, a new agora of food without borders, of conviviality and decompression. They are places where innovation really aims at the quality of life and that finds its vocation precisely in the name Confluence: a plural, connected Lyon, full of contaminations.

The river shuttle now takes you from the nautical port to the old city. On the north bank of the dock, the building that overlooks the post office goes so far as to launch messages. Each shutter is a letter of the alphabet, to compose sentences that praise respect for human dignity. Like the one inspired by the first article of the European Constitution: “We are all free” the umpteenth surprise of the bonsai metropolis, proud to be a great ville de petite taille: a big city of small size.

CULINARY CONFLUENCES “Looking and not touching,si vous plait”, intimates the understandable sign. It is a true relic, a monument, an altar that stands out in the center of the great hall, inside the seventeenth-century wing of what was for centuries the hospital of Lyons: the hob of Paul Bocuse. The real star of that Cité Internationale de la Gastronomie that this October, again between the Croix-Rousse and the Old Lyon, finally shows itself for what it is: a 4 thousand square meter journey of taste, temporary and permanent exhibitions, culinary ateliers. All around the station of the Lyon chef who transformed food into pure art. Monsieur Paul left less than two years ago, leaving a city that in its myth had often fetched necessary doses of self-esteem when things were not going well.

They came to Lyon from all over the world to dine in his restaurant in Collonges-au-Mont-d’Or, in the nearby countryside. They spent considerable sums. But they kept the bill as a holy card, and they told their grandchildren that they had met the real and only king of the haute cousins. The French high cuisine that in 2010 UNESCO declared intangible heritage of humanity. The one for which the government has launched a program to promote the “heritage of food cultures” and a network of “cities of gastronomy“: Tours, Dijon, Paris, but above all you, Lyon. With the most spectacular project ever.

Strange alternation. Here there were beds for the sick, operating rooms, pavilions where the doctors passed to find remedies and priests when there were none. All disappeared, a bit like the old myth of a traditionally moderate, conservative, little-prone Lyon. Today on the upper floors of the Cité the Lyonnaise kitchen takes the stage. But with a global view: the flavors of the whole planet will find visibility in a container that comes under the slogan “du champ à  l’assiate,” from the field to the plate, and the real attractions will not be the show cooking, nor the tastings, but ateliers on food where food becomes instigation to discovery.

Among the folds of a mural that can be seen in a shed waiting for better days, a writer has paraphrased an aphorism of the great French philosopher Michel de Montaigne: “We must never stop traveling to rub our brains with those of others”. 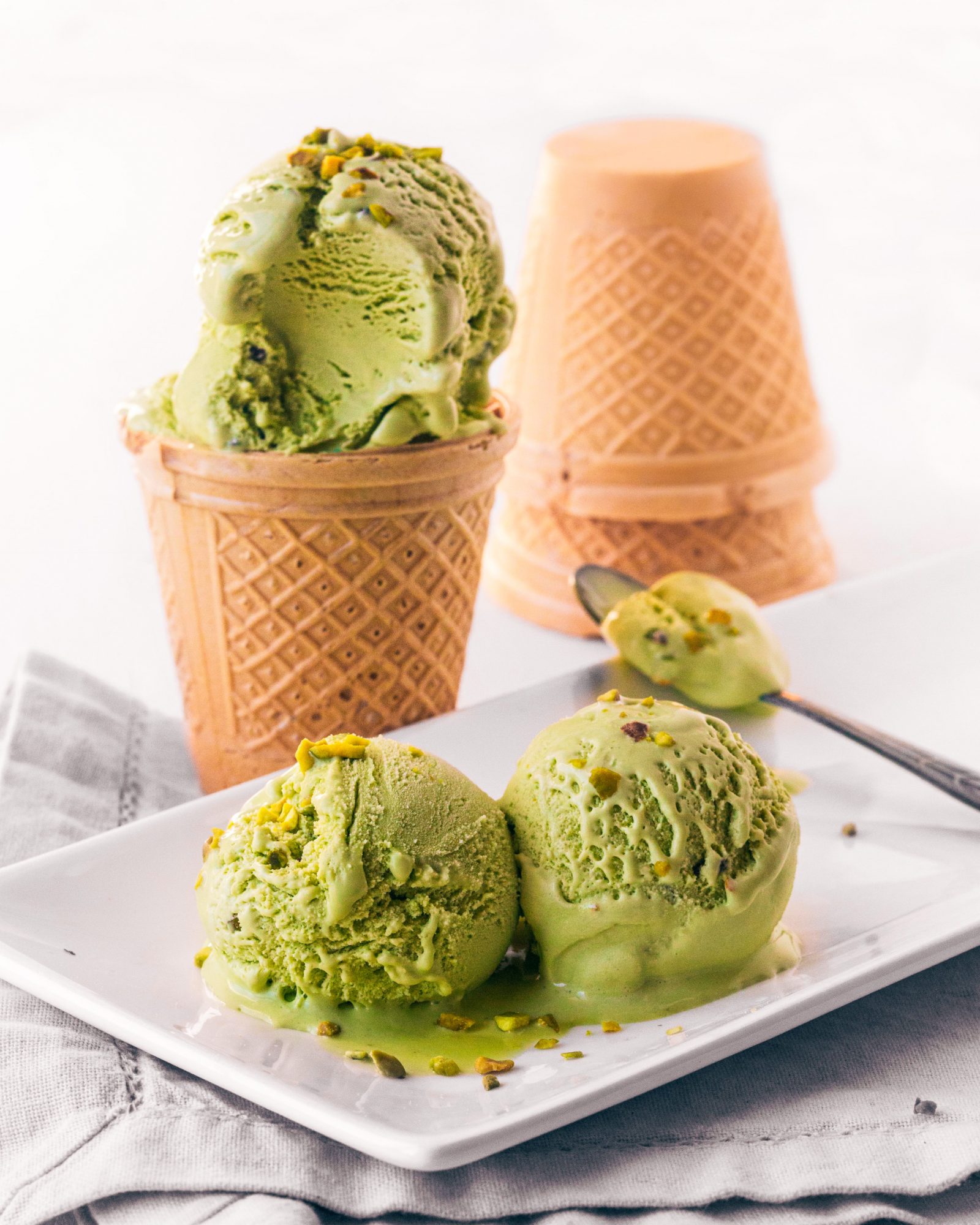 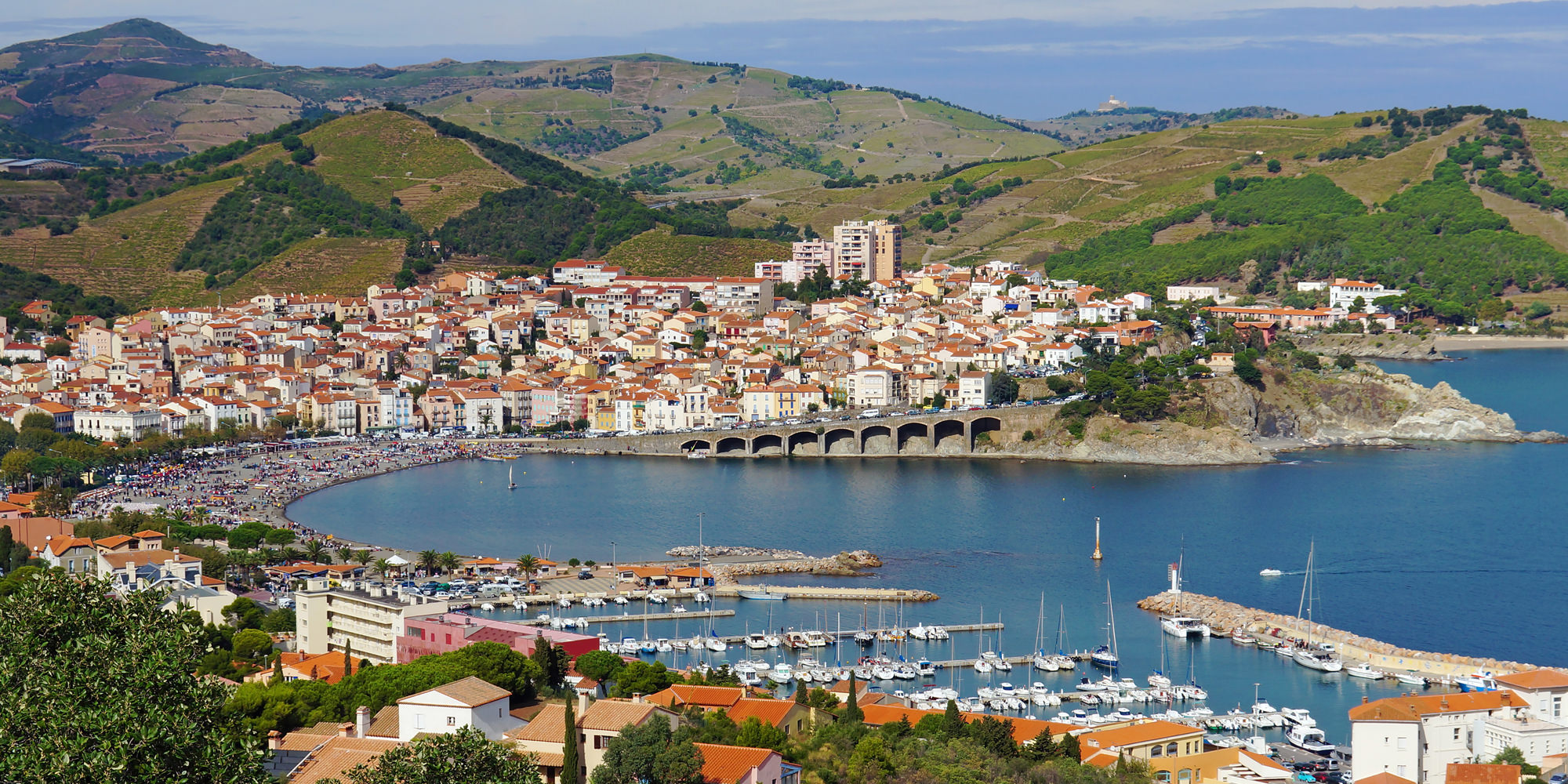 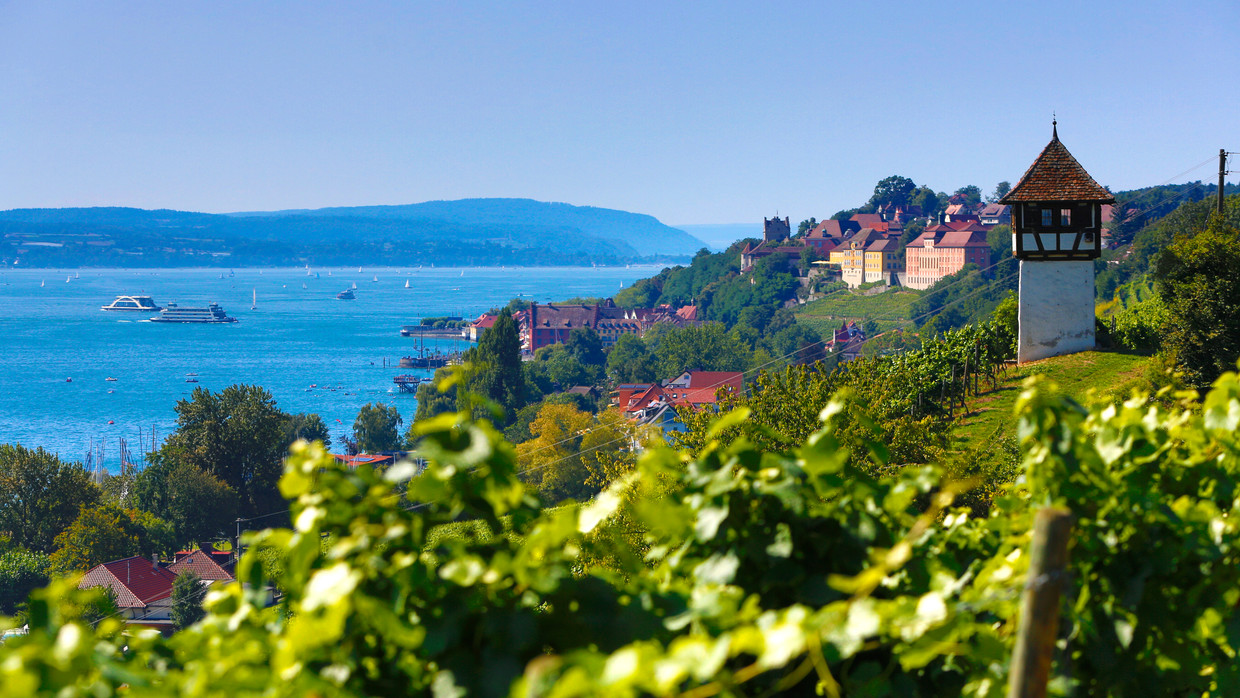 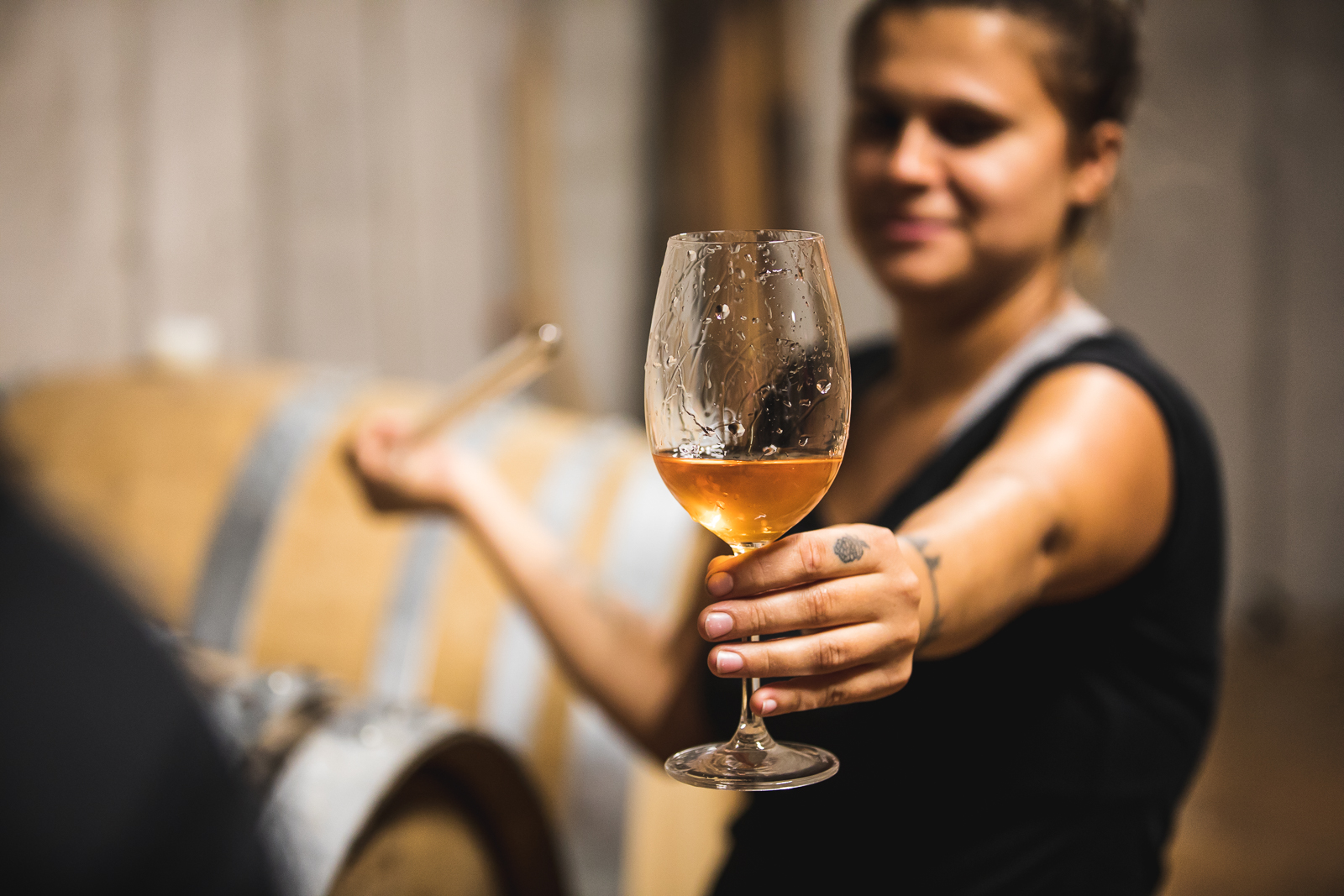 THIS WEEK ON SALE| FREE SHIPPING IN EUROPE | UNTILL SUNDAY
[COUNTDOWN]
DAVIDE VIGNATO FLASH SALES
see the products
Davide Vignato Winery. Great volcanic wines An organic and historic wine, with a volcanic soul. This authentic wine from the town of Gambellara, produced on Davide Vignato’s vineyards, has a long and fascinating family history spanning over three generations but still has many more pages to write. On the border between Verona and Vicenza, a small, now extinct volcano, gives the terrain its profusion of black basalt rocks and mineral soils and these are echoed in the delicious and elegant wines. Continuing the journey embarked on by his grandfather Rinaldo and his father Gian Domenico, Davide started picking grapes and turning them into wine from a very young age. His dream has always been to produce wines that are a true reflection of the territory. He removed any chemical elements from the vineyard and cellar, embracing organic farming.
[COUNTDOWN]
Modigliantica Bakery
A secret recipe passed down orally from pastry chef to pastry chef for over a century. A manic selection of raw materials and a production that expresses the best of this lush corner of Italy. These are the secret ingredients of Modigliantica, one of the most unique and magical bakery in Italy.
Buy the selection
[COUNTDOWN]
La Biòca winer
La Biòca is a small and young winery that has brought a new approach to traditional Langhe wines. A crew of young and expert people is working to bring a piece of Langhe in every sip, rediscovering old vines, respecting traditions and improving production processes
Buy the selection